WHY SO MANY S's IN STRESS

WELCOME BACK! Grab your ice cold glass of sweet tea, lemonade, or your favorite coffee, (Maybe a hankie) and let's have a little chat. Once again..."Jesus Take the Wheel." 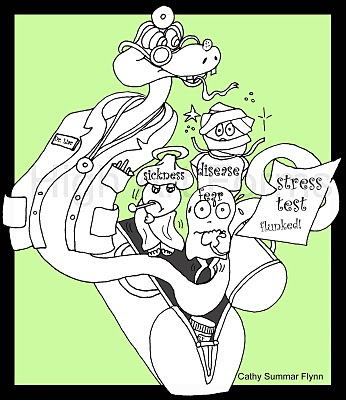 Close your eyes and say the word S-S-S-S-S-T-R-E-s-s-s-s-s. Now with eyes closed - no peeking - say the word O-F-F-F-E-N-s-s-s-s-se.  Ring any bells? Could these emotions possibly be linked to the enemy of our souls? The s-s-s-s-e-r-p-e-n-t of old?
These are two subjects that I will visit often - bottom line - I am still learning.  If you admit it, reluctantly, we have ALL become experts in this arena of life. We each have our own stories to tell.  If the truth be known, probably every malady known to man could be traced to these two deep-rooted issues. Offenses and stress, real or imagined, has the same exact physiological effect on our bodies, souls and spirits. What's more incredible they have the same affect whether you are carrying your own or someone else's.  Your body does not know the difference.
There are statistics that can determine how depression and suicide increases around the holidays.  Did you ever stop to realize... the holidays are NOT just twice a year! Holidays never go away! Therefore, in addition to just ordinary, everyday life, the opportunities for offense and stress are ever before you.
Vex - Fret- to cause to become uneasy.  Erode - to gnaw, to wear away, wear a hole/worn spot.  Agitate - set in motion -gnaw with the teeth, as a rodent - to devour.  Chafe - wear away - irritate by rubbing - friction - to warm - Gall.  Annoy - toss about - shake up - to plague - afflict. - Weigh - moving mass, wiggle.
The majority of stress is birthed out of frustration.  Frustration leads to unresolved anger. Frustration is the rotten fruit of feeling out of control, and believing the lie - God is not enough to handle the situation.
Frustrate - to prevent from accomplishing a purpose or goal - to prevent from fulfilling a desire; thwart - to cause feelings of discouragement or bafflement.  To make ineffectual or invalid or nullify. Vain - Balk - placing of barriers or hindrances.
Stress - The internal resistance of a body to such an applied force or system of forces.  A mentally or emotionally disruptive or upsetting condition occurring in response to adverse external influences and capable of affecting physical health. Examples of areas that can be affected: increased heart rate - rising blood pressure - muscle tension - irritability and depression. It also means narrowness - oppression - to draw tight!
Everyone needs a place to pour out their complaint, unfortunately, often times it's on each other.  King David's biggest giant throughout his entire life was "offense." The Word says that David was a man after God's own heart.  He was a real man being real about his shortcomings and faults.  As macho as he was - he still needed a good cry and someone to love him through his pain. God is big enough, tough enough, and loving enough to provide us a place to do just that...HIS LAP.

Psalm 55:1-2 Listen to my prayer, O God, and hide not Yourself from my supplication! Attend to me and answer me; I am restless and distraught in my complaint and must moan.

I am going to speak openly and candidly about these issues in my own life.  I have been "unfriended" more times than I can express - long before there was a button to push. My life has been a life of controversy! The faith I have fought for, the subjects that I have taught, the prayers that I have prayed, the dreams I have dreamed....etc. The coals are still hot.

Offense:  The act of causing anger, resentment, displeasure, or affront.  Something that outrages moral sensibilities.
Never in my lifetime or walk with God have I ever experienced as intently - first-hand the effects of offense and stress, not just in our own lives, but those I hold dear.  The Bible warns that this is a dominant sign of the end-times.  Matthew 24 - it will only be those that endure the offense who will endure to the end. The Bible also warns that there will be a great falling away first. I have pondered what could cause such a thing??? Now once more, say the word....
S-S-S-S-S-T-R-E-s-s-s-s-s. Now say the word.... O-F-F-F-E-N-s-s-s-s-s -s-s-s-se.


Scriptures clearly warns us that more than health or finances our greatest challenges will be due to relationships.
Luke 12:52-53:  From now on families will be split apart, three in favor of me, and two against—or two in favor and three against. Father will be divided against son and son against father; mother against daughter and daughter against mother; and mother-in-law against daughter-in-law and daughter-in-law against mother-in-law.”

The Message - Matthew 24:10  "They are going to throw you to the wolves and kill you, everyone hating you because you carry my name. And then, going from bad to worse, it will be dog-eat-dog, everyone at each other's throat, everyone hating each other.

There is not enough counseling or medication that can dilute the venom of these emotions. There is only one true antidote...forgiveness and the cleansing, healing blood of Jesus Christ our Savior. Ultimately, there is only one way to reverse this curse, and it is to "Bless those who persecute and spitefully use you." (Even if it is with gritted teeth and hot tears streaming down your face). The fact is...the person who wounded you is hurting even more than you are. My-daughter-in-love reminds me this is where love really begins.
If I could leave you with just one thing today - something that would make a tangible difference in your life...REMEMBER...there is a plan and purpose behind the offense and stress assignments. It is to pull you out of the will of God and force you into the position of judge and jury of circumstances you know nothing about.  There were people that said they loved Jesus. Very few loved him enough to invite him for a cup of coffee to get his side of the story or ask enough questions to determine the truth.
One of the main keys that made Jesus so powerful...He relinquished ALL his rights to prove his case -to prove He was right. "He opened not his mouth." These are some of the most powerful words in all of the Word of God! Jesus had the goods on every person he came in contact with, both friends and family. Yet he covered their junk with his love. 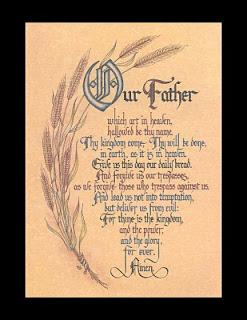 You can win the fight and lose the war. My prayer is that God will grace me to do as Jesus did...lose the fight and win the war.  How do I know when I have adequately expressed what I believe the Lord was saying through me?  The conviction of this message makes me stop and get on my face....
Matthew 6:9 Pray, therefore, like this: Our Father Who is in heaven, hallowed (kept holy) be Your name. Your kingdom come, Your will be done on earth as it is in heaven.
Give us this day our daily bread.
And forgive us our debts, as we also have forgiven ([e]left, remitted, and let go of the debts, and have [f]given up resentment against) our debtors.
And lead (bring) us not into temptation, but deliver us from the evil one. For Yours is the kingdom and the power and the glory forever. Amen.
14For if you forgive people their trespasses [their [g]reckless and willful sins, [h]leaving them, letting them go, and [i]giving up resentment], your heavenly Father will also forgive you.
15But if you do not forgive others their trespasses [their [j]reckless and willful sins, [k]leaving them, letting them go, and [l]giving up resentment], neither will your Father forgive you your trespasses.
This is a powerful quote... "Forgiveness is a lovely idea until you have something to forgive."  CS Lewis