Do Not Mistake Gentleness for Weakness 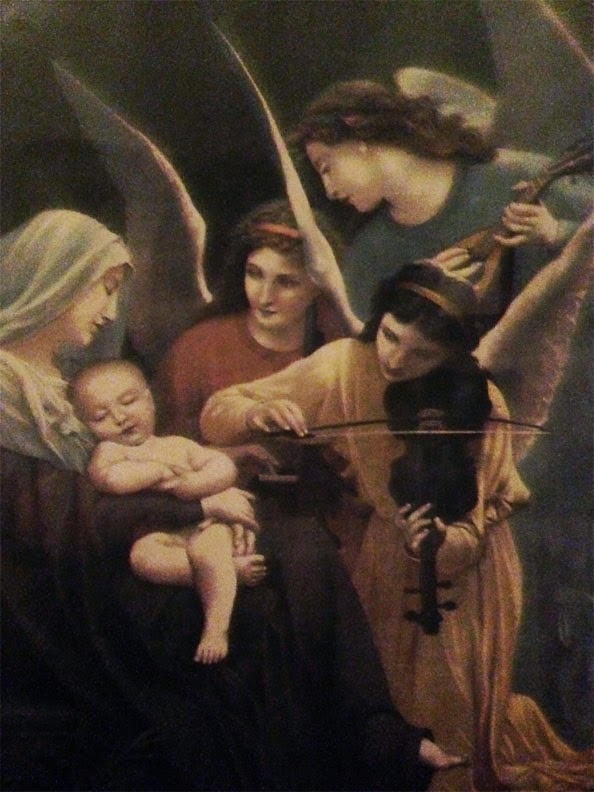 As Mother’s Day 2014 approaches we mothers often consider what kind of influence our lives have had on  own children. The truth is –we may never know for sure. That is where, not only the repentance for our mistakes comes in, but also our trust and faith.

With that said… out of the prayers and questions of my own heart, I share this Mother’s Day message with you.


Hebrews 4:15 -Amplified Bible (AMP)   For we do not have a High Priest Who is unable to understand and sympathize and have a shared feeling with our weaknesses and infirmities and liability to the assaults of temptation, but One Who has been tempted in every respect as we are, yet without sinning.


The One who walked on water had to, first, go the way of man – He, too, had to learn to crawl. His mother had to instill in Him the courage to take his first steps.


Who taught this child, this man, Jesus, to submit to the will of the Father regardless of the cost?
“Mary kept all these things and pondered them in her heart” (Luke 2:19, 51). Although she did not understand everything happening in her life, she trusted God to make it all clear to her in time.

Mary was submissive to God. She counted the cost. So far as she knew: she would probably lose Joseph; she would become a social outcast; she had no idea how she would raise the Child. Yet she said without hesitation, "May it be to me as you have said" (Luke 1:38).

Who instilled the faith of God in his Son’s pure heart? Mary was a woman of faith. Part of Elizabeth's prophetic response to Mary's greeting was "blessed is she who has believed" (Luke 1:45).Where did Jesus receive the fortitude to bear such great pain for the good of us all?
Where did He, as a child, learn the spiritual discipline that would carry him through his adult life? History indicates that Mary was only twelve years old when she was engaged to Joseph and thirteen when she gave birth to Jesus.“The Child grew and became strong in spirit, filled with wisdom; and the grace of God was upon Him” (Luke 2:40). Jesus’ knowledge and wisdom would certainly be partly due to the training Mary provided during those early years. By the time Jesus was 12 years old, He was able to amaze the scholars in the temple with His ability to discuss the Word of God (Luke 2:46–47).

Mary said to the servants, "Do whatever he tells you" (John 2:5)...
Who taught the One who could have called 10,000 angels the reality and  amazing power of angels?

It was during Elizabeth’s sixth month of pregnancy that an angel appeared to Mary, who was living in Nazareth. Although she was “betrothed,” or engaged, to Joseph, Mary was still a virgin (Luke 1:34). The angel said to her:

“Rejoice, highly favored one, the Lord is with you; blessed are you among women! . . . Do not be afraid, Mary, for you have found favor with God. And behold, you will conceive in your womb and bring forth a Son, and shall call His name Jesus. He will be great, and will be called the Son of the Highest; and the Lord God will give Him the throne of His father David. And He will reign over the house of Jacob forever, and of His kingdom there will be no end. . . . The Holy Spirit will come upon you, and the power of the Highest will overshadow you; therefore, also, that Holy One who is to be born will be called the Son of God”

Where did the Son of God walking on this earth as a simple carpenter, learn to navigate the harshness of this worldly existence?


Who taught this humble servant  of God to continue his mission,  regardless of the pain and suffering he would endure?
With every drop of blood from our Savior’s brow, , He was counting the cost of his ultimate choice. Undoubtedly, as Jesus, the man, was writhing in mental anguish in the dust of Gethsemane – his mother was home engaging in a battle of her own praying for her child. How was he able to choose God’s will over his own?
Jesus gained the strength to handle the unfathomable pain, disappointments, rejection and offenses that would be his constant companions from his gentle, blameless mother. Scripture does not define what Mary's dreams for herself and her son may have been.
When and how did the sinless Son of God come to understand that the favor and call of God would come along with false accusations, and betrayals? Where would He muster the strength to endure for the  ultimate victory of the cross?

He was a man well acquainted with grief and sorrow –It was Jesus mother, Mary, who paved the way for his heart to survive. Luke 2:30-35

This child marks both the failure and
the recovery of many in Israel,
A figure misunderstood and contradicted—
the pain of a sword-thrust through you—
But the rejection will force honesty,
as God reveals who they really are.
Who taught this perfect, Sacrificial Lamb to rise above the offenses and persecution in to fulfill the ultimate purpose of his life - to die so that we may live?

Proverbs 22:6 Amplified Bible (AMP) 6 Train up a child in the way he should go [and in keeping with his individual gift or bent], and when he is old he will not depart from it.