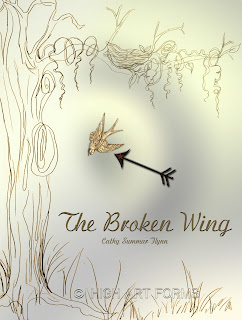 I wrote this poem many years ago, but just now felt released to share.

The hard knocks of life paid an unexpected visit
to the sparrow’s nest that eventful day.
Little did she know she had been selected
for the enemy's next prey.

With his selection complete,
He rehearsed, repeatedly, her final defeat.
He roared orders from Hell below.
'THIS TIME’ he hissed would be the severest blow.

He released the calculated challenge
into the heart of her chest...
YES, indeed, this would be his very best!

With little warning of the violent thrust,
Not only was she violated in her physical body,

But, at the core of her trust.

She was forced from the safety of the trees;
Body broken,
She was knocked to her knees.

The enemy of her soul
would arrive at each day’s dawning,
to see what array of lies
he could serve her this morning.

Oh what an unusual condition,
no longer a sparrow in flight position.

She fell from the place of self-sufficiency,
now, reduced to minimized capabilities.
Oh the shame and humiliation of the fall.

Oh, how can I ever be of use again?
The pain is too great!
Will I ever mend?

Along with hard knocks, self-pity would also call.
Once more to rehearse the trauma,
she was forced to relive the events of the fall.

The other birds whispered -  “She didn’t respond like I thought she should.
I certainly don’t believe she’s done all she could.
She was soaring, just about to peak,
instead, she has disappeared into what seems to be
“a solemn retreat.”

Yes there had been many challenges,
more than a few,
but she always landed on her feet
with the right “solution” of just what to do.

Wounded and sore,
with every breath,
her bones would roar.

With relentless pain, the torment grew.
The other sparrows questioned, judged, and thought they knew…

They only shook their heads, in disbelief,
surely, she is overwhelmed with grief.
Furthermore, they concluded,
I think this time …she’s really through!

The little sparrow cried in the light of sunshine’s day.
She cried in the quiet stillness of the moon’s steady ray.
Isolated by circumstances from her own kind,
the enemy’s reports and fears plagued her mind.

As the business of day would relinquish to the still of the night,
Father Time would tip toe in to touch her brow,
and hold His little sparrow tight. 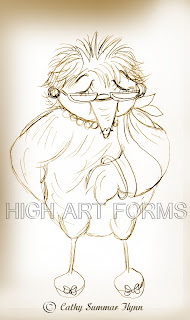 He would whisper encouragement in her weary ear.
Ever so gently he would transfuse a deeper measure of faith,

and blow afresh on her dreams held dear.

Unbeknownst to her, this exercise was taking her to a higher place,
closer to her Maker, nearer  His face.

Though the battle fierce seemed never ending,
combined with prayers and Angelic attention,
her broken body and spirit was quietly mending.

Only in the process of time, would she again emerge from the dust of despair,
for there was One, the One who knows all,
who was never taken unaware
to the magnitude of the tragic fall.

With a Master’s touch and Craftsman’s skill
He breathed strength into her broken heart,
And, thus, renewed her will.

Her tears now dried she started to sing,
boldly proclaiming!
Her voice once silenced, now began to ring..

"Although my wing had to be replaced...
He has molded me another…
with GREAT…GREAT,
AMAZING,
GRACE!"